Why Crunches Aren’t the Most Effective Ab Exercise 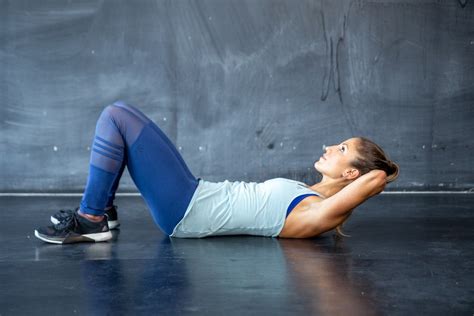 Crunches have been a staple for ab training for decades but they are not what you should be focusing on for building the six pack of your dreams. The core has many functions and there are better ways to train it.

For starters, torso flexion is not the main job of the core, its main job is anti-movement and transfer of power. So training in one plane of motion at all times is incredibly short sighted.

Repeated crunches continue to put the body in the forward leaning position that people spend far too much time in anyways, just like the position of sitting at a desk for 8-10 hours a day, driving, texting etc. I like to call it gargoyle posture, and I don’t know anyone that is striving to look like one so maybe it’s time to fix your core training.

Crunches also round out your lumbar spine over and over again putting huge amounts of pressure on your discs. Whether this leads to an injury or not is up for debate, but why risk it when there’s better alternatives.

Crunches work your hip flexor group as well which makes them inefficient at building the abs anyways. One way to avoid this would be to hook your heels under something so the hamstrings engage. Most people put their toes under an object which activates the hip flexors during the move.

When performing crunches people tend to fatigue and yank on their neck with the hands which is ineffective at best and possibly dangerous at worst.

When training the core group of muscles we want to train them in all the different functions that they perform in day to day life or in an athletic capacity. This would include flexion, extension, anti-flexion and anti-extension, rotation, anti-rotation, lateral flexion and anti-lateral flexion, and isometrically contracting to create tension and stability throughout the body.

The core has a ton of different functions so training it to perform just one of these leads to a decrease in performance and potentially postural imbalances.

Doing certain types of flexion based core training is totally fine as long as there’s a “why” behind what you’re doing and not just “sculpting the abs” as there’s better ways to do it. As with most any exercise the tolerance should be built up slowly allowing the body to adjust to the new stresses over time.

There are flexion based exercises that will fit fine into a well balanced progressive training program. Ensure your exercise selection is making you better and not contributing to dysfunction.