My Pregnancy Journey Part Two: The First Trimester (And Surprise of a Lifetime) 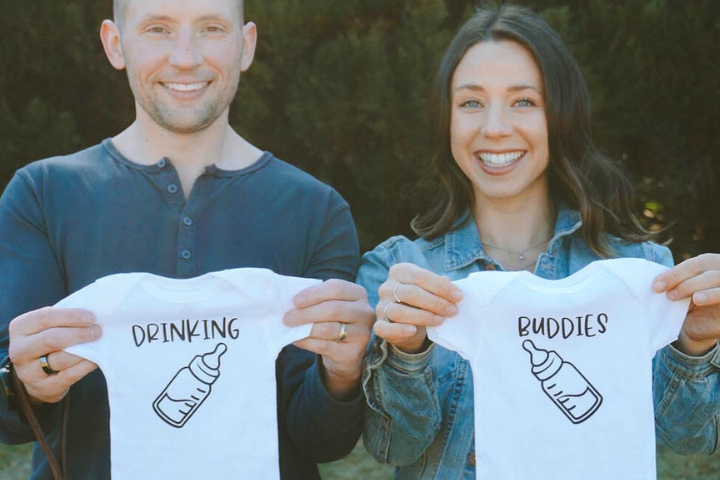 There are few surprises that can beat finding out you are pregnant. Whether you’ve been trying and anticipating getting pregnant for weeks, months, or in our case, over a year, or not trying at all, seeing that little “+” sign on a freshly peed on stick sends shockwaves through your system. At least it did for me, in the washroom of the Bay (for those who read part one of my pregnancy journey). 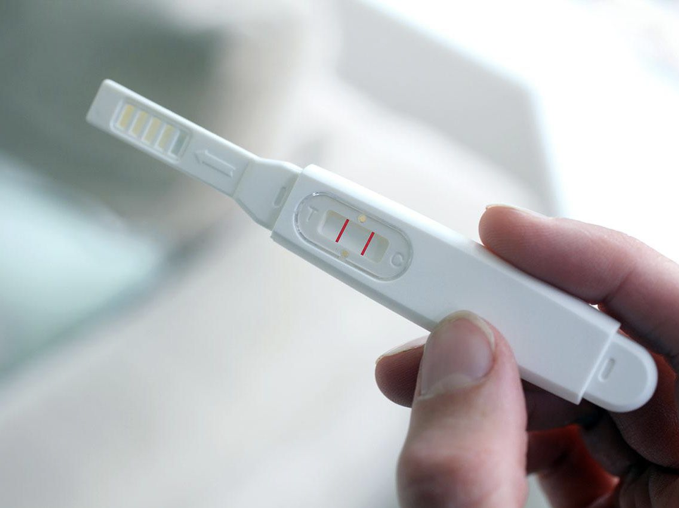 Both Wade and I were just beaming with excitement and nerves, but also “what if’s.” After seeing a couple of our close friends experience devastating miscarriages during their first weeks of pregnancy, we had no choice but to remain hopeful, but also knew we weren’t out of the woods yet, so to speak. The unfortunate reality is that miscarriage is far more common than you think, and many women experience it, sometimes multiple times in their pregnancy journey.

We decided it was best to wait to tell our parents and close friends, until about ten weeks in. At this point we hadn’t been to our first ultrasound appointment, but were eagerly anticipating hearing that first heartbeat to confirm a viable pregnancy.

I’m sure you’ve heard that hormones go a little crazy during pregnancy, but especially during the first trimester. Why some people experience no symptoms at all, is beyond me! First trimester nausea is no joke. At least for me, every day was a struggle. It’s like waking up with a constant hangover, minus the martinis consumed the night before. The term “morning sickness” is deceiving; the waves of nausea (and in my case, vomiting), could happen at any point of the day, and come on so strong, to the point where I’d have to pull over on the highway instead of the alternative, which would be puking all over myself and my car. The amount of times I hurled on a walk with Millie, in the bathroom of Save-On-Foods, during a session with a client, or during a corporate zoom nutrition seminar (yes, I ran upstairs, puked, and then proceeded to finish the seminar) was ridiculous. It was bad enough to make a person never want to go through pregnancy again! 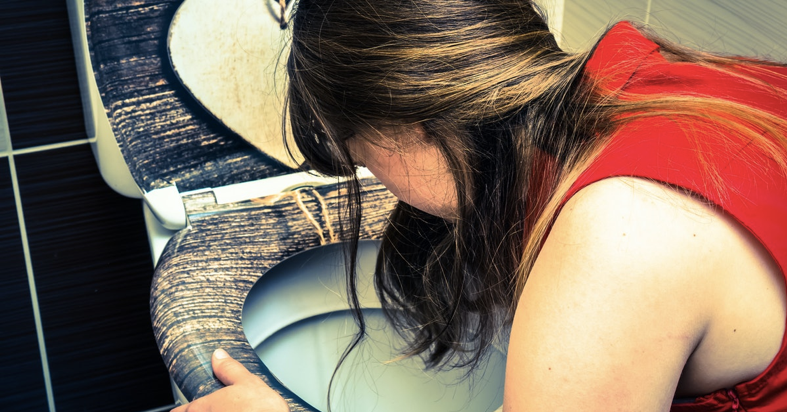 During this time, I tried my best to continue eating my healthy, nutrient dense meals (after all, nutrition during pregnancy is SO important for the health and development of the baby), but it was a battle. I’d pack my oatmeal for work in the morning, open up my thermos, and nearly vomit at the sight and smell of it. Off to Tim Hortons I’d go for yet another breakfast sandwich, which seemed to be one of the only things I managed to keep down. I guess some food was better than none at all! Oh, and the spaghetti with meat sauce; that was a first trimester staple until Wade begged me not to make any more of it (I may have overdid it with this for a few weeks). Fruit was hit or miss; I always craved it, but rarely could keep it down. 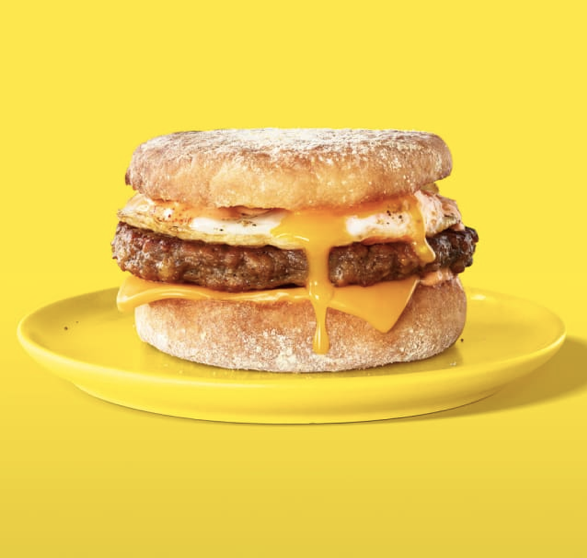 I tried drinking ginger tea, taking ginger supplements, and chewing on ginger candies – unfortunately it did nothing for me. Ginger is a great natural anti nausea remedy, but unfortunately I needed the heavy duty stuff. My doctor prescribed me some anti nausea medication (I HATE taking prescription meds and can count on one hand how many times I’ve needed a prescription in the last 31 years, but desperate times call for desperate measures). It definitely helped ease some of my symptoms and take the edge off, but I still felt like I’d been hit by a train for the most part. 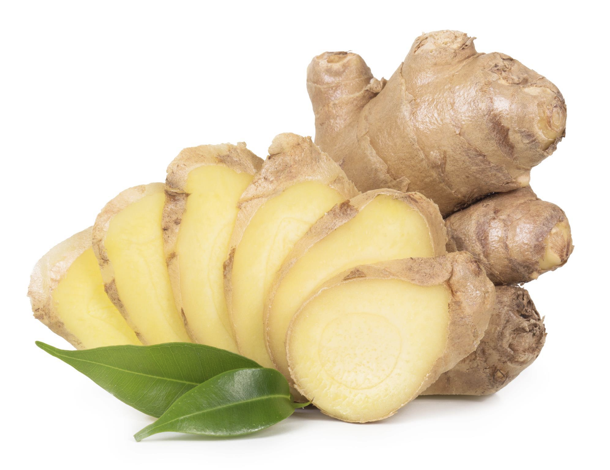 Looking back, the first trimester seems like forever ago, but those days and weeks were an absolute slog. I couldn’t wait to start feeling some bit of normalcy again, to have my energy back, and to stop looking at the bottom of a toilet bowl for more than a day. I’m not a napper – never have been – but aside from work, all I wanted to do was nap. I did my best to stay active (with a dog, you don’t have much of a choice!), but a lot of the time I had to opt for a nap instead of a workout. There’s something to be said about listening to your body, and what it needs. I tried to channel the advice I’d been given from acupuncturist Dr. Che, about not overdoing it, especially during this fragile time.

The day had finally arrived. It was December 9th, and we were just a few days shy of the ten week mark. After work, Wade and I headed to the first ultrasound appointment. We were excited, anxious, and relieved to almost have the first trimester behind us. The ultrasound tech instructed me to lay down on my back, and expose my belly (which, at this point, didn’t look like much other than a bloated belly after an all you can eat buffet), upon which she proceeded to rub some cold gel on me and get to work.

After a minute or so, she exclaimed “andddd there are two in there!” I’m sorry, two of what? Two feet? Two eyeballs? Two of WHAT? 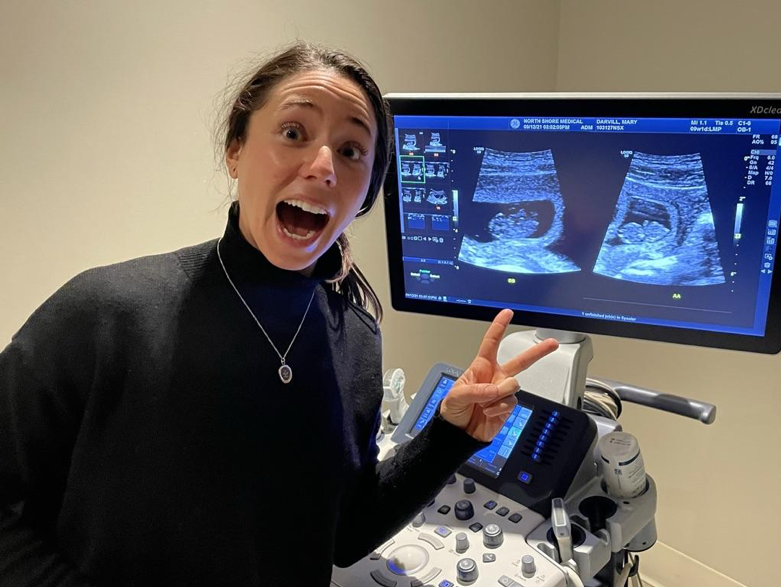 Two babies! You’re having twins!” she exclaimed, with a big smile on her face. I looked up at the screen, jaw dropped, and there they were. Two little sacs, separate sacs, with two separate heartbeats. HEARTBEATS. More than one. Plural. TWINS.

OH. MY. GOD. It couldn’t be. It can’t be. How could this BE! I don’t know if you’ve ever had an out of body experience, but this was just about the closest thing I can think of to what that feels like. I was shaking, sweating, and dropping just about every curse word in my curse bank library. Wade laughed, grinning ear to ear, and said “I called it! This is so awesome!!” A few weeks back, Wade suggested we watch the 80’s classic “Twins” with Danny DeVito and Arnold Schwarzenegger and said “wouldn’t it be awesome to have twins?!” To be honest, I felt quite the opposite.

I’m so glad Wade was with me – there was no way in hell I was driving home after this news. I was flooded with all kinds of emotions. Shock, horror, disbelief, you name it. My legs felt heavy and wobbly as we walked out of the ultrasound office. I was gripping Wade’s hand so hard I’m surprised it didn’t break. I’ve never been so surprised and shocked in my entire life. This was the most surreal moment, I just couldn’t come to terms with it. TWINS. A and B. We were having TWINS!

I should mention that twins do in fact run in both of our families, even though we didn’t know it at the time. Our twins are di/di fraternal twins, meaning that they each have their own sac (amniotic sac, for those science buffs), as well as their own placenta. Essentially, they grow like a singleton would, they’re just a little more cramped due to sharing the same womb. 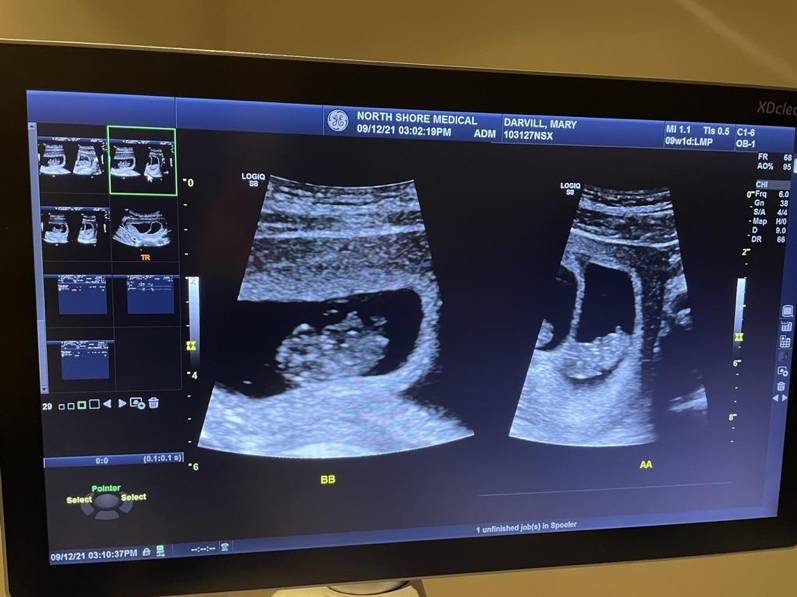 It took a few weeks for the news to really sink in, and even then, it was still so surreal. The babies looked healthy on the ultrasound, and we were through with the first trimester. The nausea and vomiting started to become less and less, as did the breakfast sandwiches. We could finally breathe a sigh of relief, and I finally started to wrap my head around the thought of not one, but two babies. Fast forward to the final trimester, mere weeks away from meeting our little peanuts, and I can’t imagine NOT having twins!

Next up: “My Pregnancy Journey Part Three: The Second and Third Trimester.”